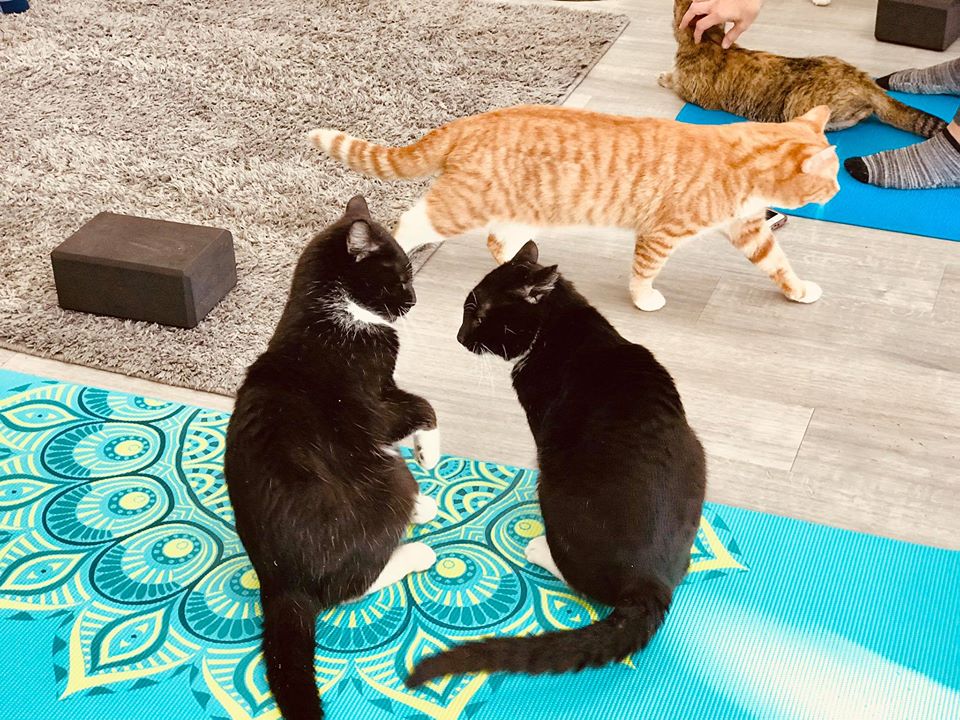 Bashful is the OPPOSITE of Bashful. He’s very affectionate, and active! He’s one of the main greeters at the Pawffee Shop Cat Cafe! Once, someone gave Bashful a dictionary and he found out what his name meant.  That day he decided to be exactly the opposite of his name! He and his life partner/brother, Grumpy, both feel like society has pigeon-holed them into rolls they would rather not play.

Grumpy – Not happy with how he was named, Grumpy has decided to venture into the world of entertainment to prove “them” all wrong, by bringing joy to peoples’ lives. His choice of “mime” is not being received as well as he hoped. He has also started a writing campaign to get sponsored by The North Face as a jacket snuggle tester. He is sure that many people would benefit from his reviews. His life partner/brother Bashful hopes the reviewing takes off before he turns full time to being a mime.

To adopt him, apply here: http://www.safehavenpet.org/apply