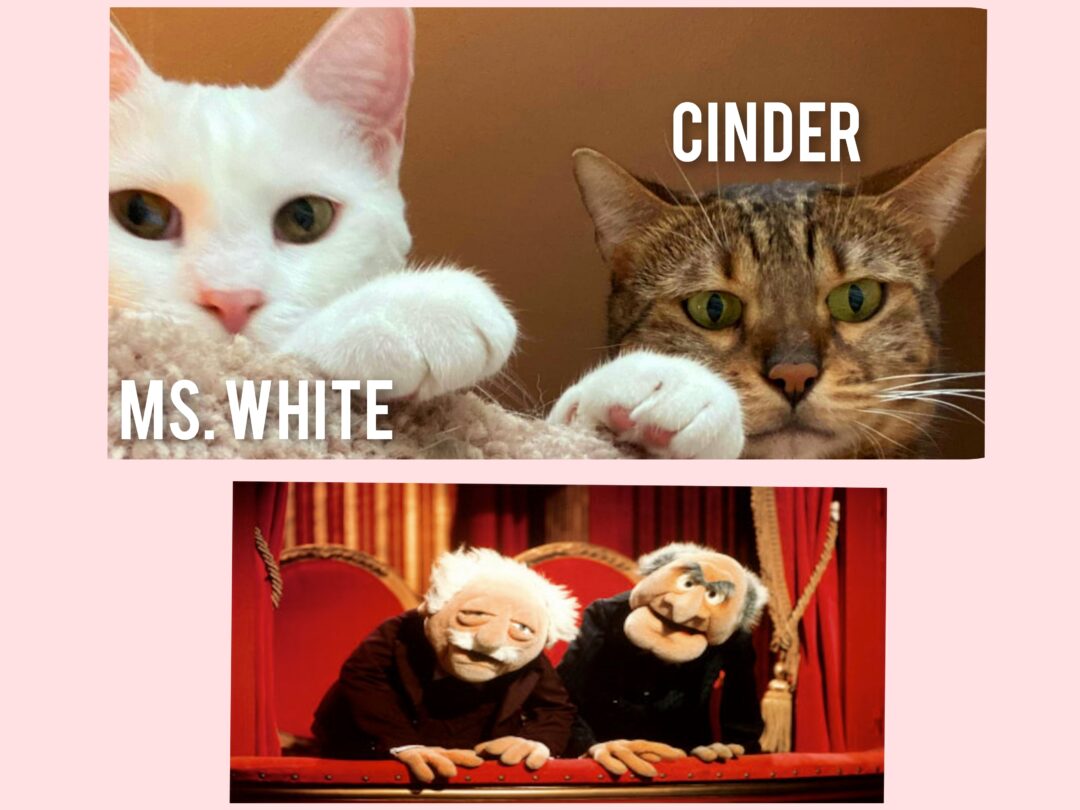 *THE CRITICS*  Yes, they are watching you……and judging you.  Hold on, though.  These two are also observing and learning.  They had a tough go-around at their previous residence, where they lived with 20 other cats.  They had little human interaction, so they were still mystified by people.  They were both very shy and scared when they arrived at Safe Haven.  We placed them in a foster home and they have really come out of their shells.  They’ve realized that most humans are not that scary after all, they’re just really stupid.  So they’ve let their guards down a bit and have discovered the joys of: a) watching humans freak out when they nudge things off the table, b) watching humans trip and fall over the dumb canines in the house, c) watching humans trying to entertain them by dragging a wand toy behind them as they run through the house (and in the process, tripping and falling over the dogs once again), and d) CATNIP!  These two buddies have opposite reactions to catnip, however.  Ms White is a wild woman on the nip, while Cinder takes it easy and chills.  Well, after all of that, I can’t imagine why you wouldn’t want these two unique gals judging you everyday.  As Statler and Waldorf from the Muppets would say, “Well, I don’t know. I think these two broads are quite a hoot!”

Currently in a foster home.  Please inquire to set up a visit so you can see these beautiful gals.