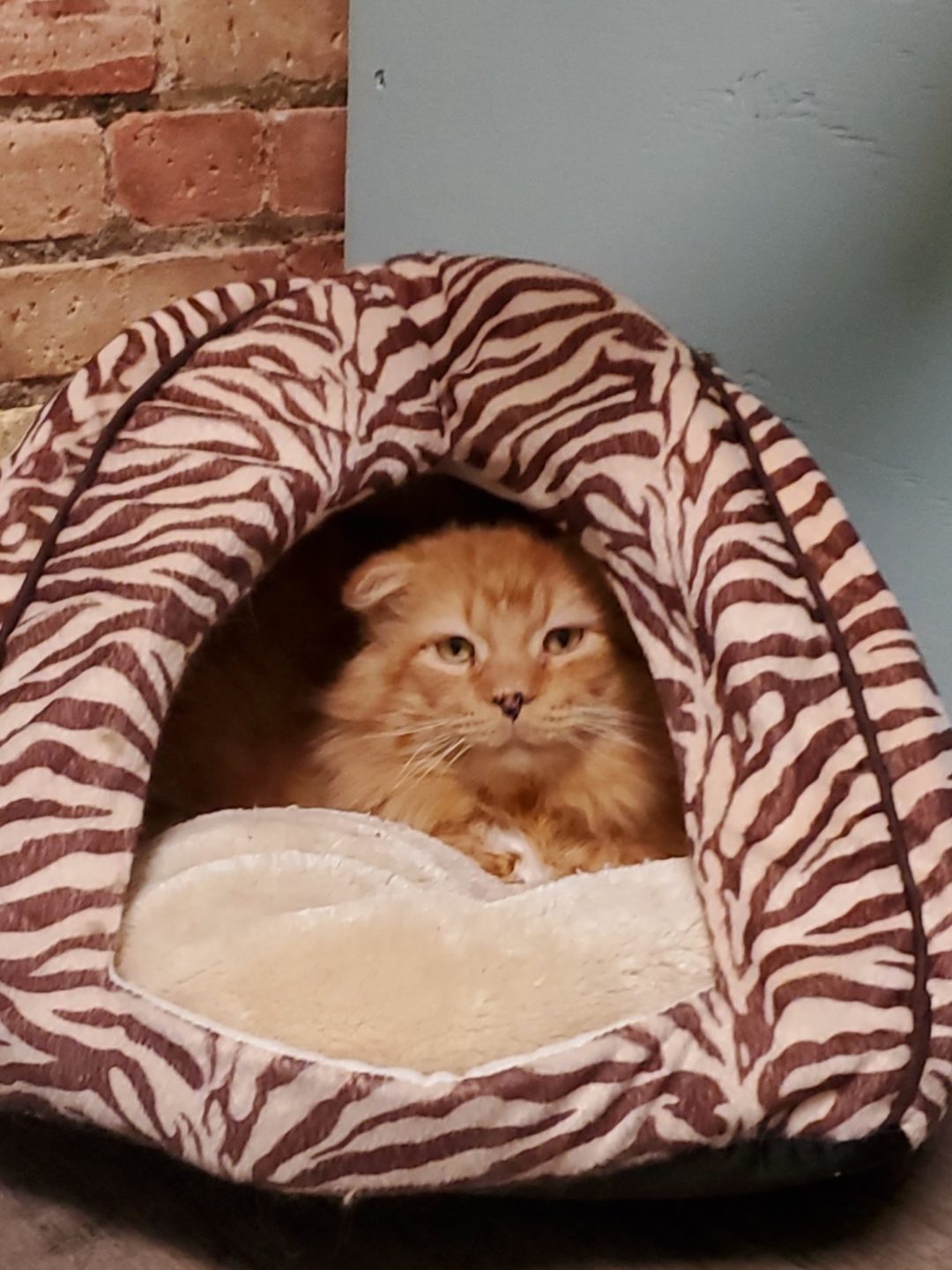 *THE PROTECTOR*  Rocco was at one time an inside pet.  His owners never got him neutered, so when stray cats started showing up outside his home, his instincts kicked in and he started claiming his territory.  As a consequence, his owners punished him and ultimately kicked him outside permanently.  He was clearly just a softie, so he was trapped by his rescuers and brought to Safe Haven for a neuter.  Wouldn’t ya know it………he turned into a gentle giant.  Rocco was so starved of attention for years that he now cherishes affection.   It might take some time for him to trust humans again, but once he knows you won’t abandon him, he’ll lean his massive head into you for pets and become your fierce protector.